Churro has been adjusting to Los Angeles. He has become more adventurous in the apartment and is making friends with my new roommates.

For those of you who don’t know about Churro, it’s a beautiful story of how a kitten adopted me.

In July 2018, I found a small kitten outside my apartment in Brooklyn. This wasn’t surprising since there was a large population of strays in the area. The kitten followed me, purred, and asked for pets. He was so sweet, but also so little. I jokingly named him Churro, mostly because I was on my way home from work and I had a large to go box of churros in my purse.

But, I left him outside because I feared I’d be taking him away from his mother. Also, I didn’t know what I’d do with a cat in the apartment since I already had a dog.

The next day, there was a terrible thunderstorm. The storm mellowed out for a minute, in which we took Tate (the dog) outside for a walk. Tate started going berserk at something under a car.

I crouched down to find little Churro crying in a puddle. That was it, I knew I was meant to help him. I got him inside and the fight to save him began. He has cuts, intense fleas, and was starving. 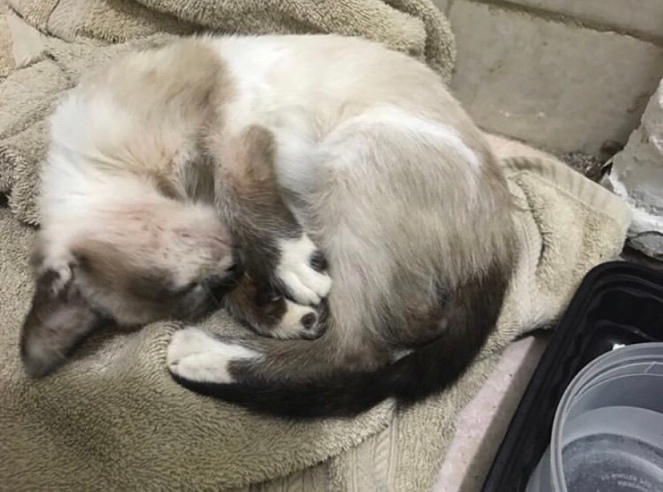 But, he also was grateful. I could feel his love for every act of kindness. I didn’t plan on keeping him at first, seeing as I already had a dog, but he was different. Churro had his own plan, which was to take over the apartment and my heart.

Jump to a little over a year (today), my little Brooklyn boy is now living in Los Angeles!

He’s gone from coast to coast, he is spoiled rotten, and he still shows me unlimited gratitude.

He’s started this behavior again, one he had as a kitten, where he needs to always have a paw touching me. When he did it as a kitten it was cute, now doing it as an adult cat it’s a sign of our bond.

Churro and I have been through a lot this year but here we are, happy and healthy in California.

Who would have guessed these two little street cats would be where we are now!? 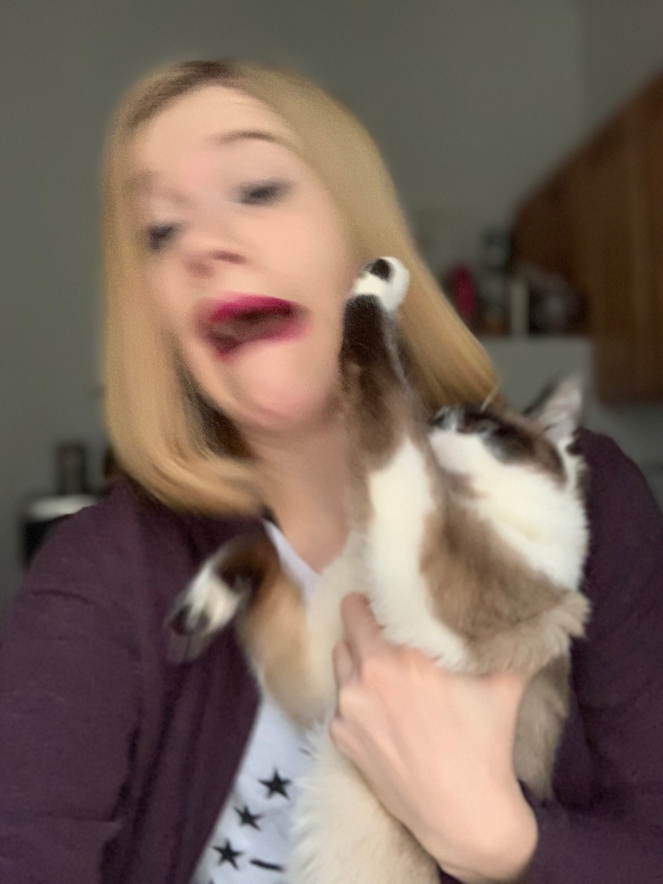 I do believe in the powerful bonds that humans and animals make. I believe Churro needs me as much as I need him. His pure (or should I say purrr) excitement for me waking up is indescribable. He’s changed my life for the better.